While it is important to ventilate classrooms, other areas in schools may have dense CO2 concentrations, such as elevators, hallways, gymnasiums, broadcasting rooms, and nurses’ offices.
Even if classrooms are properly ventilated, it is not possible to provide a truly safe and secure educational environment for children if sites with dense CO2 concentrations can be found in other parts of the school. Here, we highlight some locations that are often overlooked, as found from measurements outside of the classrooms at Tagoura Junior High School. 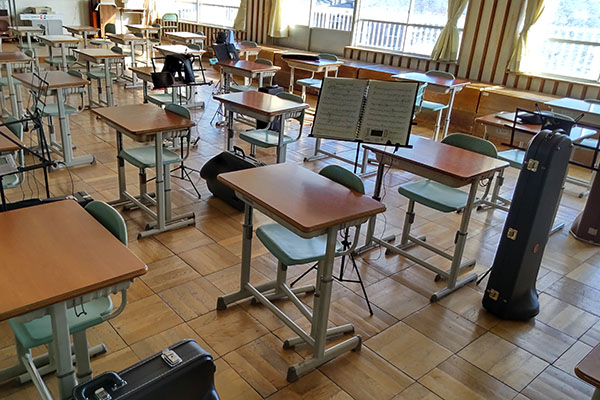 An unexpected development we found among the 34 locations where we placed the CO2 sensors was in the reception room (indicated in the red enclosed area in Figure 1).

When we installed the CO2 sensor, we placed it in that location just in case because we thought the room was used so infrequently there should be no concerns about the CO2 concentration.

As expected, there were times when the CO2 concentration was around 400 ppm, almost the same as the air outside, but there were also five times during the nine-day period when measurements were taken in which we observed a sharp increase in CO2 concentrations in the evening hours.

A factor contributing to the sharp increase in CO2 concentrations was due to small-group, infrequent discussions.

As in many of the cases above, relatively small rooms at this junior high school are used for discussions, and the windows and doors are often closed to avoid interruptions.

However, monitoring the CO2 concentration makes it possible to consider measures such as ventilating spaces in a timely manner or by using classrooms when they are unoccupied, instead of reception rooms. 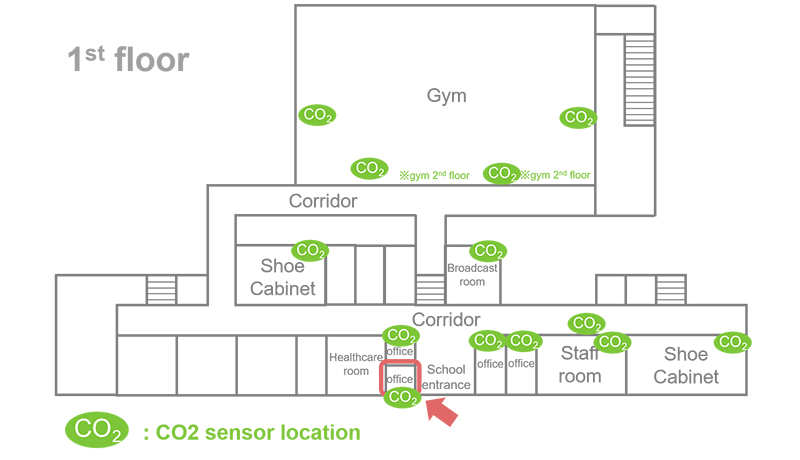 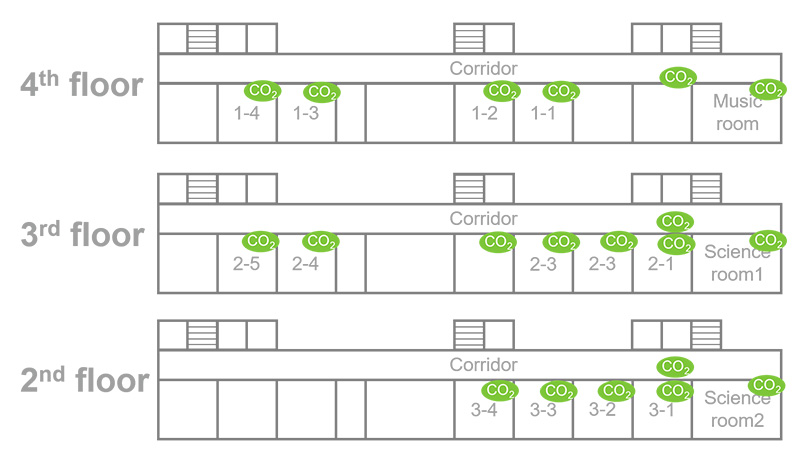 A portable, CO2 sensor with a long battery life can easily take measurements in a variety of locations.
For example, decisions on appropriate risks can be made when measurements are performed in locations where people gather temporarily. Once measured, people will be able to objectively recognize and understand the air quality of the environment where they are located, which can serve as a source of reassurance.

On the next page, we will explain what points to keep in mind when actually installing CO2 sensors, using the case study on Tagoura Junior High School as reference. 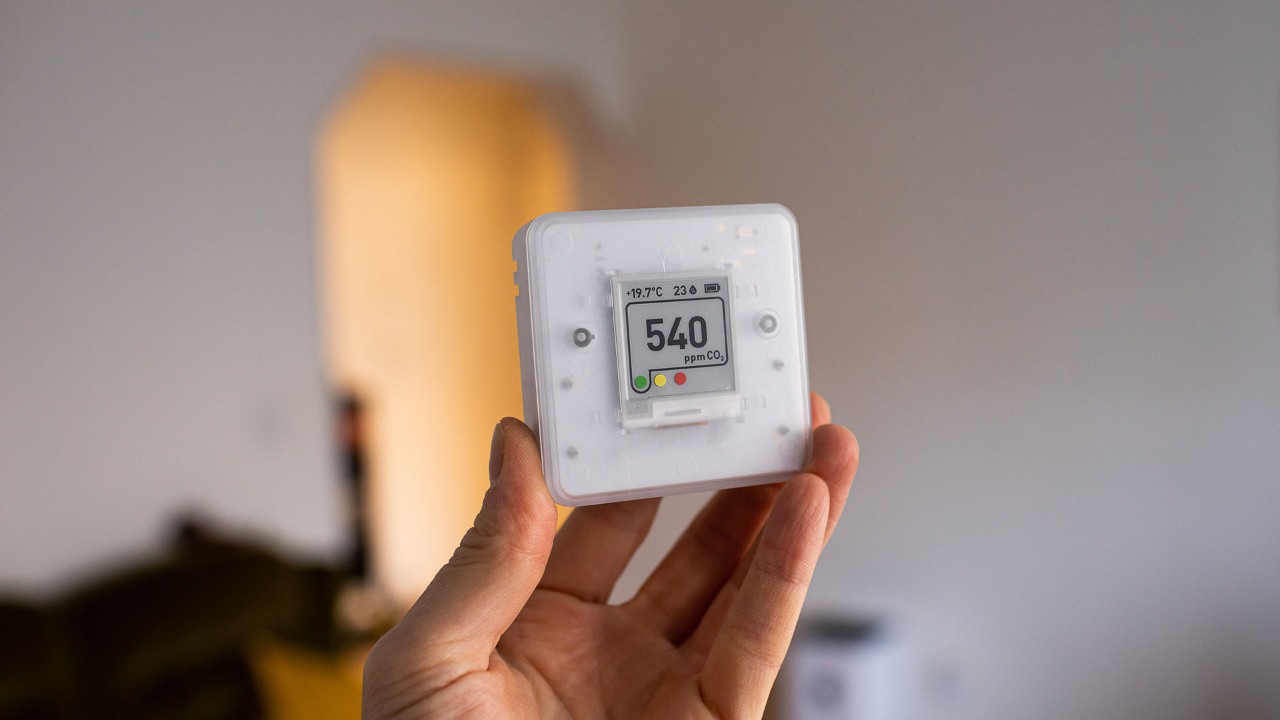 Senseair, which became a member of the Asahi Kasei Microdevices (AKM) Group in 2018, is a leading global provider of gas sensors using NDIR: Non-Dispersive InfraRed technology. Our goal is to constantly develop and mass-produce new gas sensor technologies.